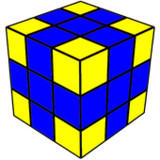 This free Android game app includes a collection of classic puzzle and memory games to help your mind focus, retain, and solve.

1) Lights Off – Turn off all of the lights with the fewest moves. It\’s trickier than you think! The game begins with a board of 25 lights set to ON (yellow). You must turn all of the lights OFF (blue). Each time you turn a light on or off it also toggles each adjacent (up, down, left, right) light on or off. After a few tries you will get the hang of it. How consistently can you solve the puzzle? Can you solve it in 10 or fewer moves?

2) Lights Off Pattern Match – Android chooses a pattern. Using the rules of the previous Lights Off game, try to duplicate the pattern chosen by Android. You initially have 30 seconds but for each correct pattern match, 1 second is added to the clock.

3) Lights Off Cubed – Similar to Lights Off, but it takes place on three faces of a 3x3x3 cube! Using the rules of Lights Off (see above), try to turn off all 27 lights in the fewest moves!

4) 16 Card Grid Puzzle – A Las Vegas Dealer has shuffled only the Jacks, Queens, Kings, and Aces from a deck of cards. The cards are dealt face up on a table from left to right in four rows of four cards each in the order shown in the arrangement. Using the 10 clues, can you locate each of the 16 cards?

5) Towers of Hanoi – Move the discs from Tower 1 to Tower 3. Certain rules apply:
A) You can only move the top disc in each Tower.
B) You cannot place a larger disc on top of a smaller disc.
Touch on a Tower or its base to raise the top disc from the stack. Drag the disc over to the desired Tower or its base, and release.
This game has 8 levels, giving you 10 discs total. Moving 10 discs will take a minimum of 1023 moves to solve. You must complete one level before progressing to the next.
Have fun!

6) Copy Cat Memory Game – Simple, straightforward fun memory game. Repeat the patterns and see how many you can remember. For an extra challenge, try the No Repeats feature to prevent 2 colors in a row or engage Reverse Mode where you need to repeat Android\’s sequence in reverse. You can also set Android\’s game speed.

7) Flip 2 Memory Game – Concentration memory match game. Flip 2 tiles at a time and match pairs of shapes. The play speeds up as the levels increment. The music tracks are exciting and fun, especially at the higher levels where you have to be lighting fast.

8) Quick Math – Quickly decide if the simple math equation is right or wrong within the allotted time. 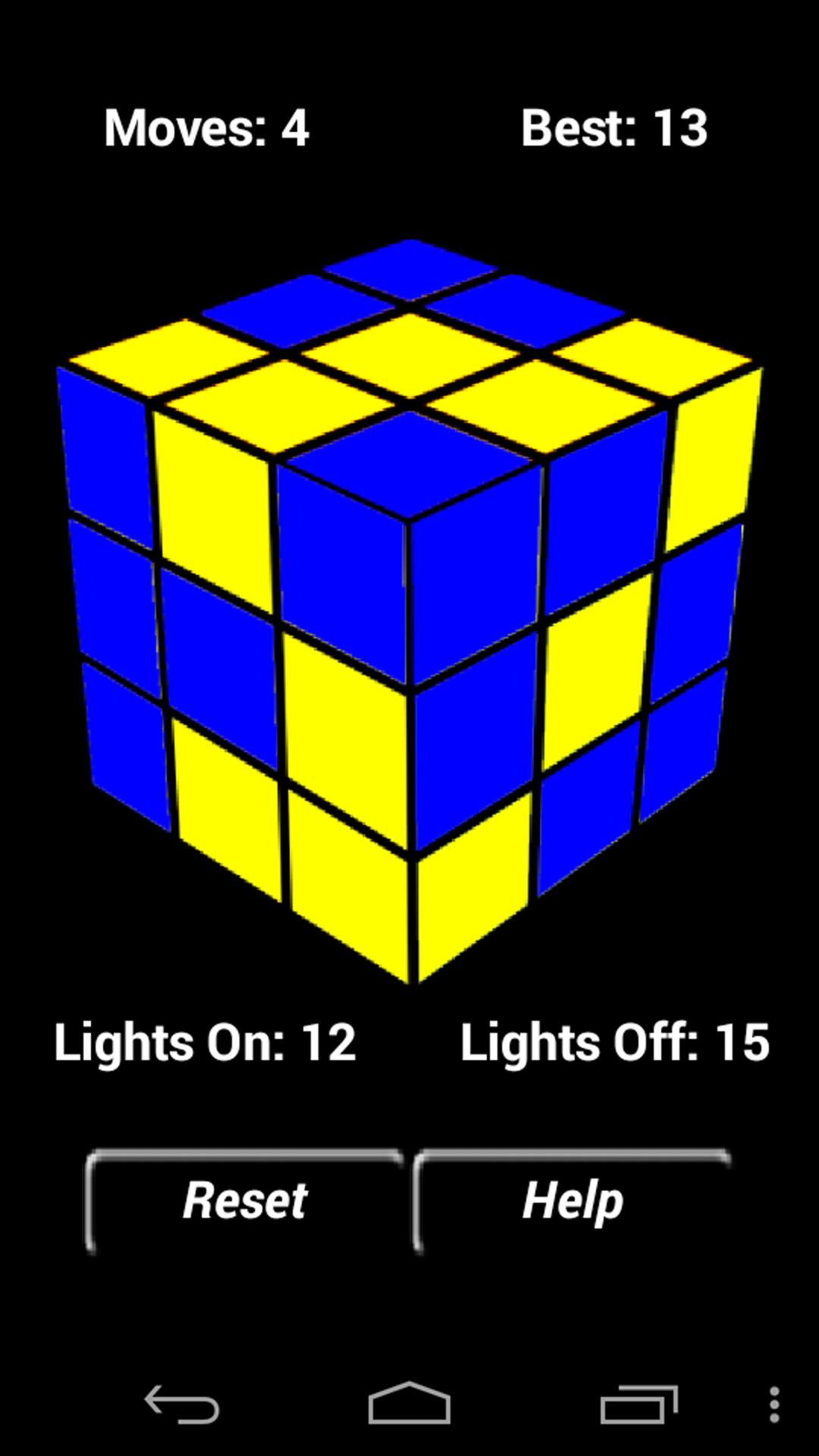 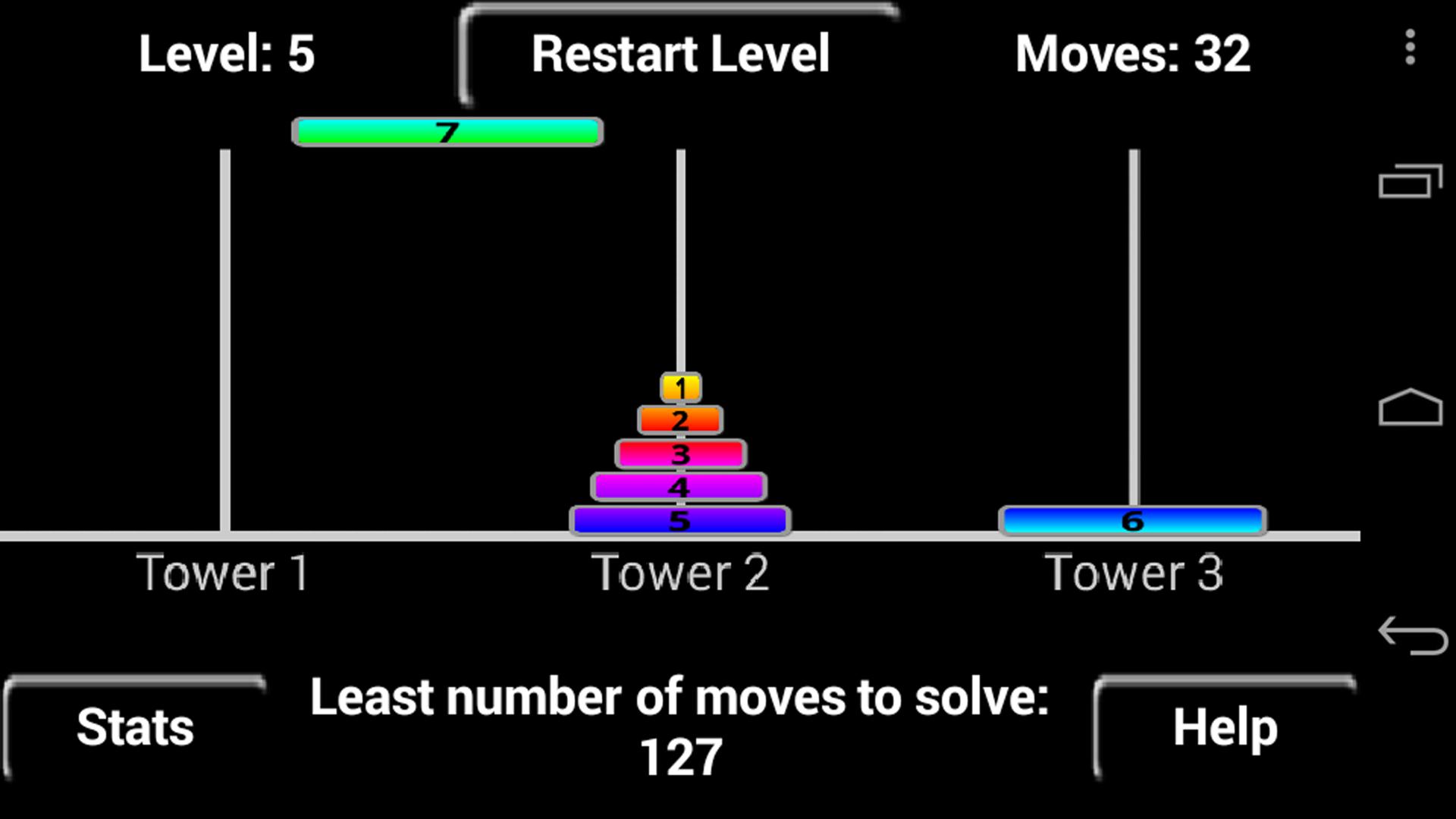 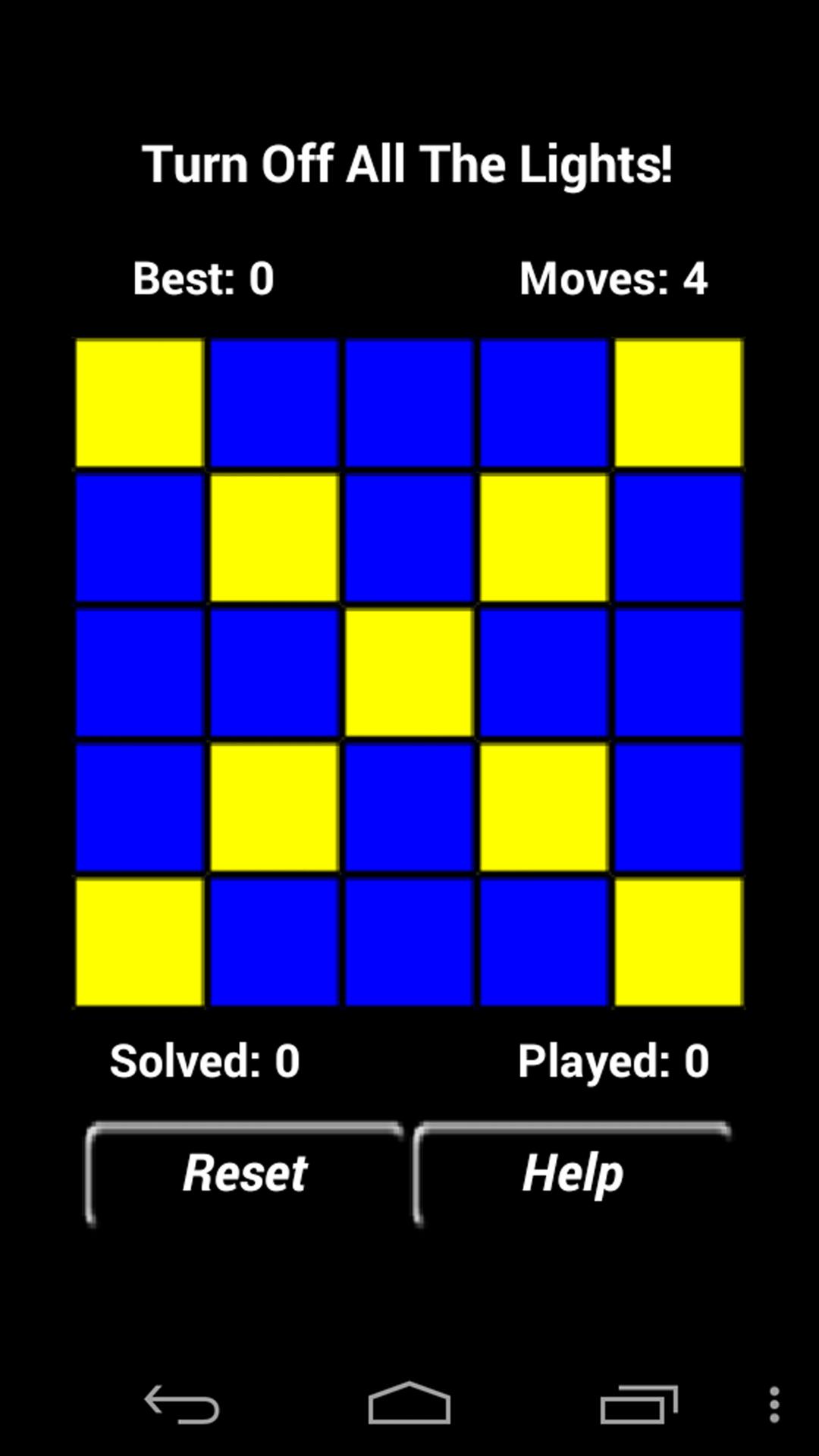 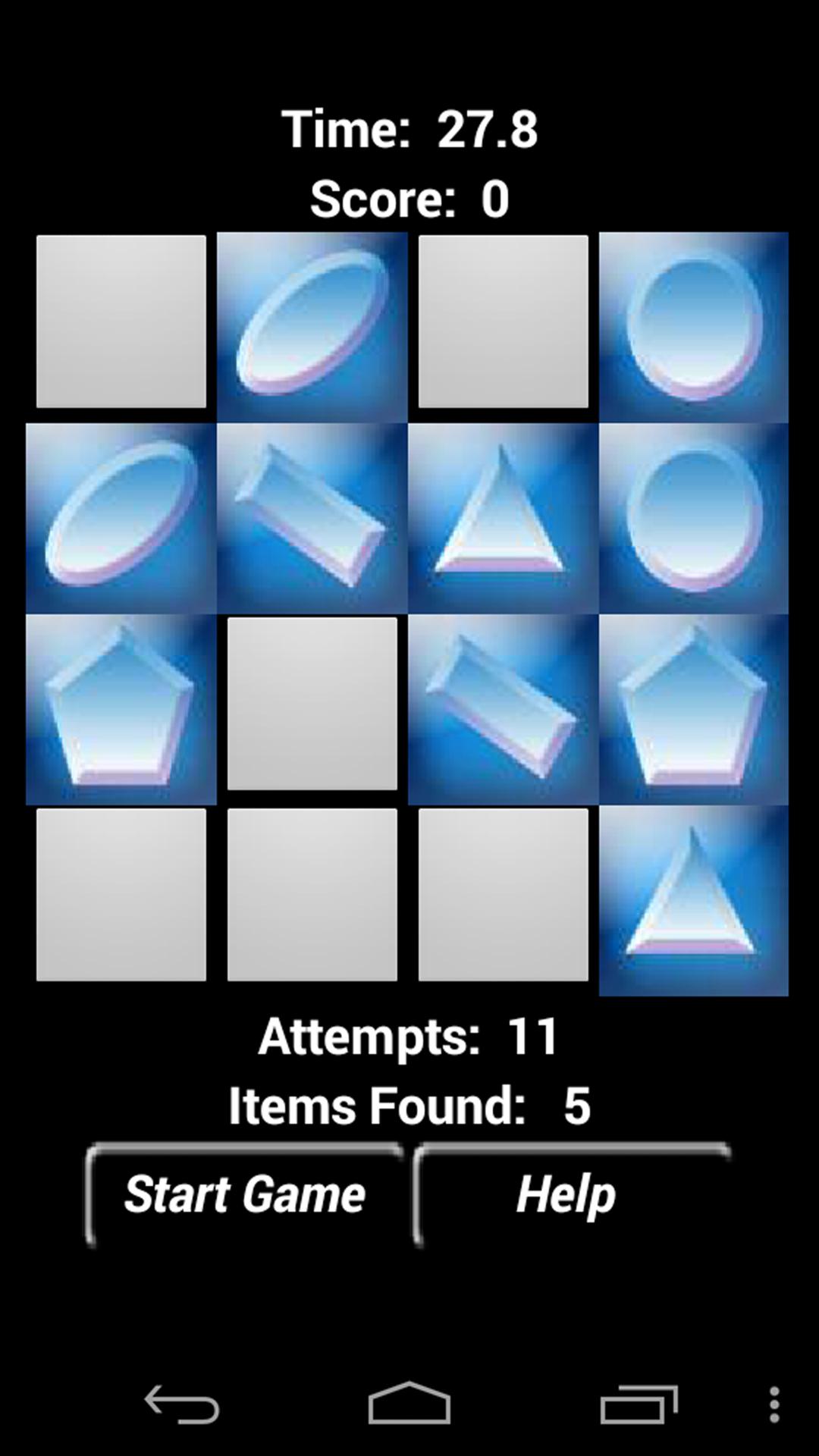 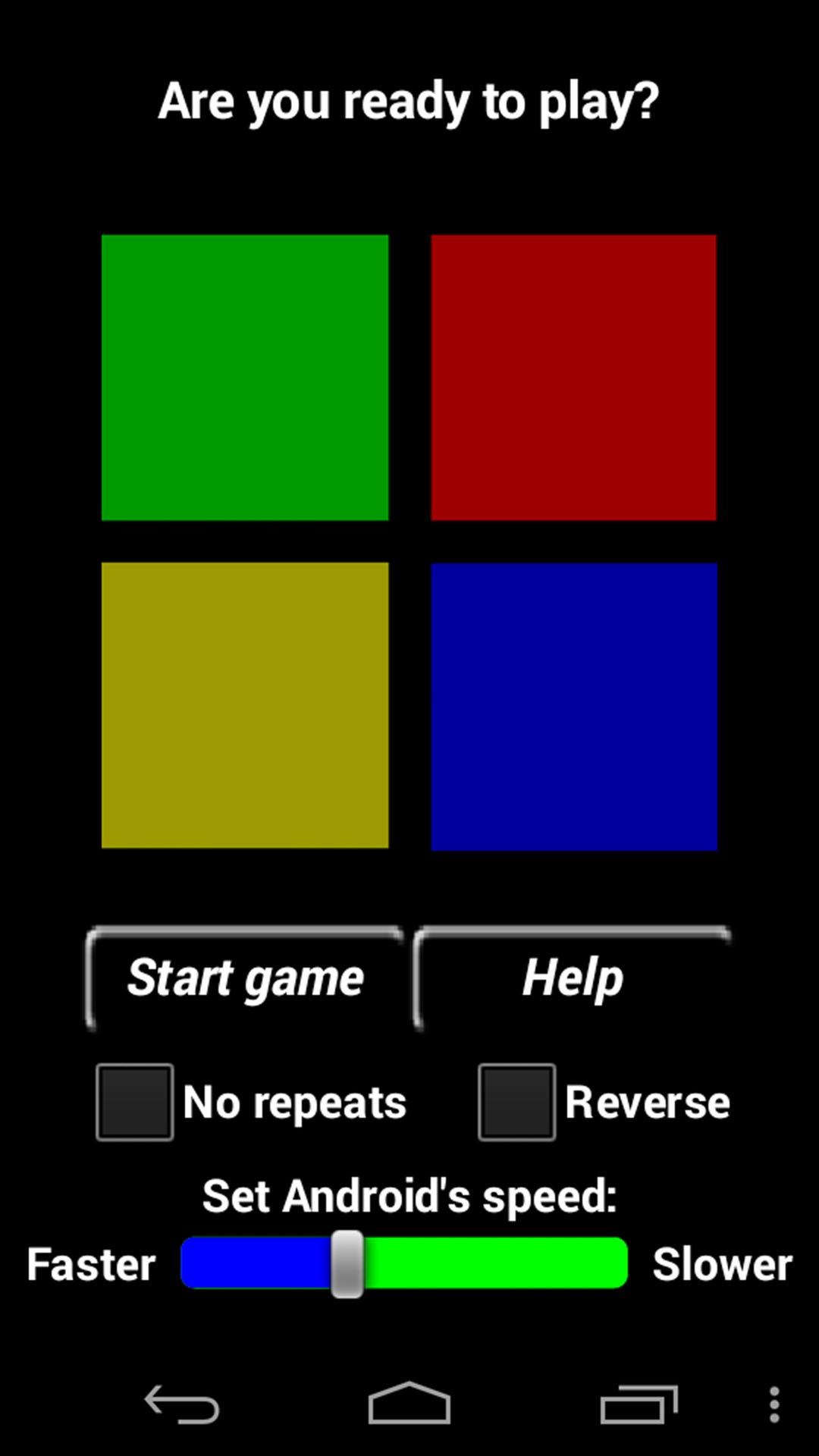 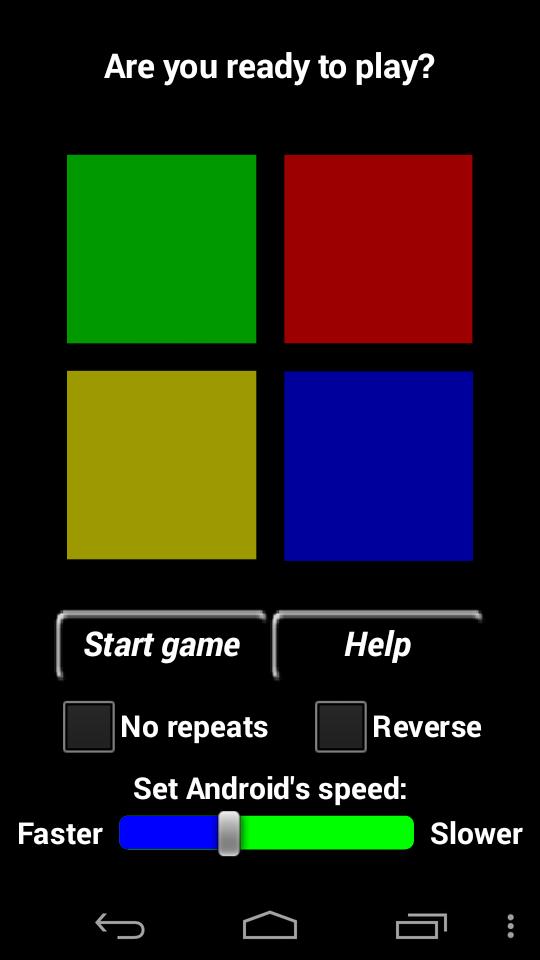 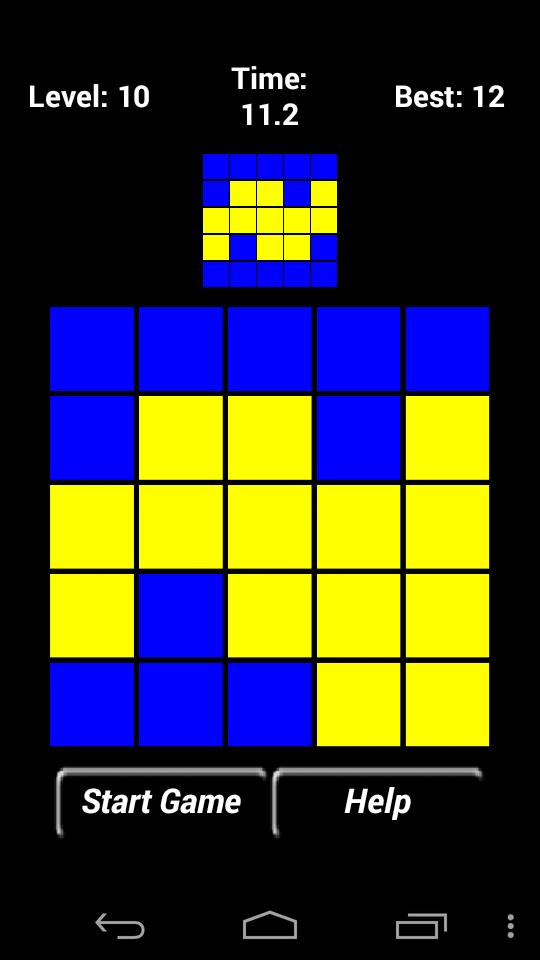 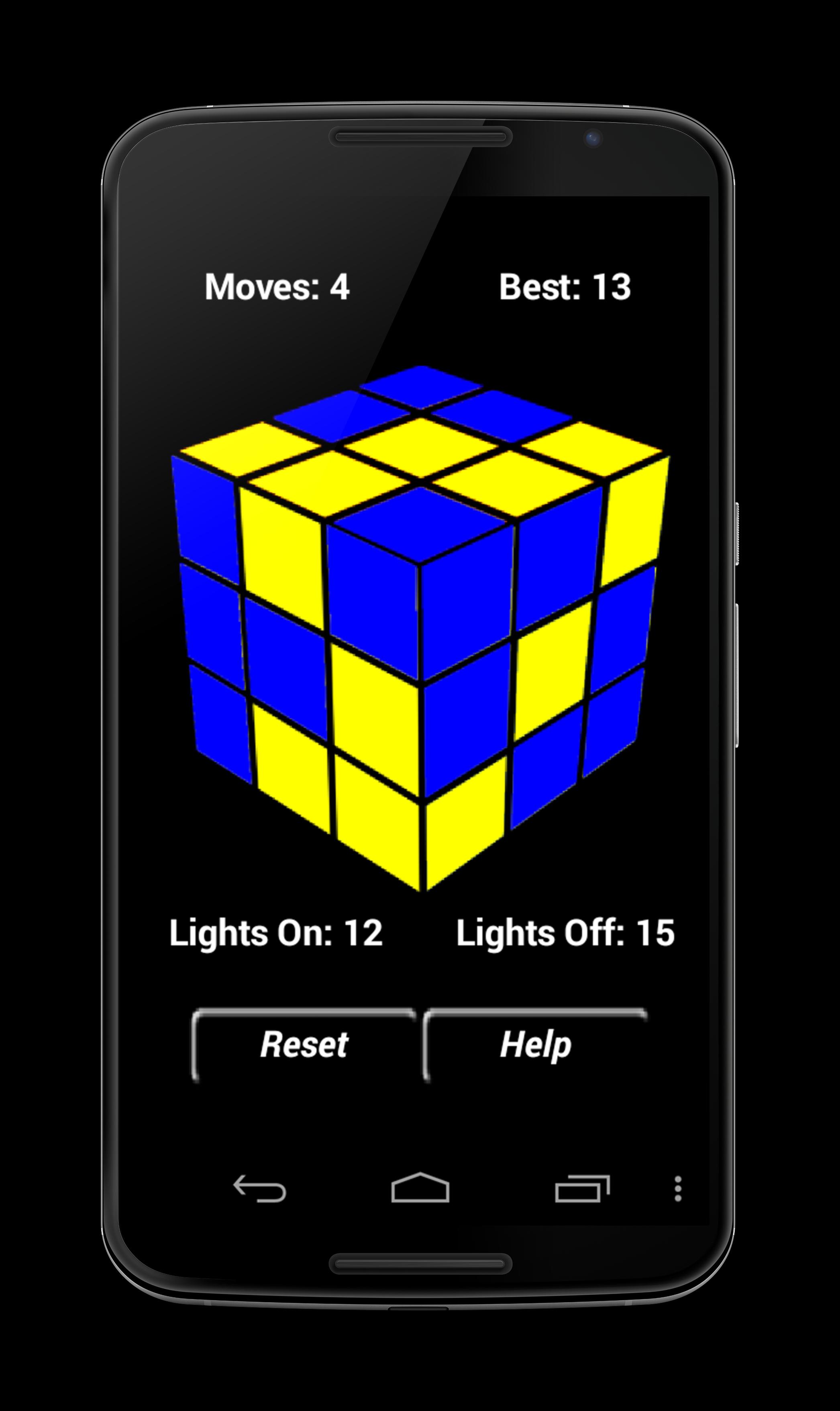 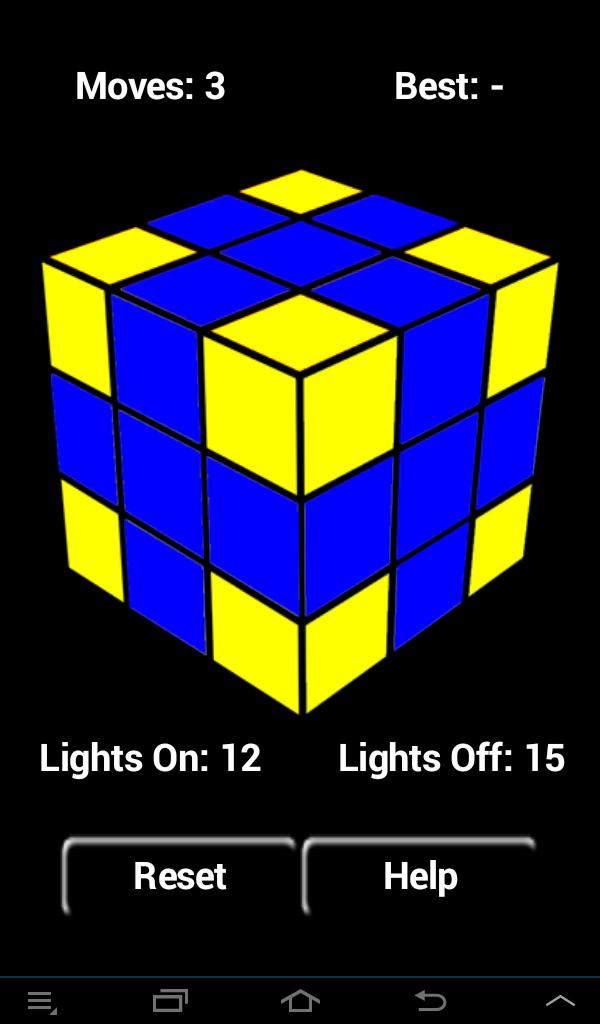